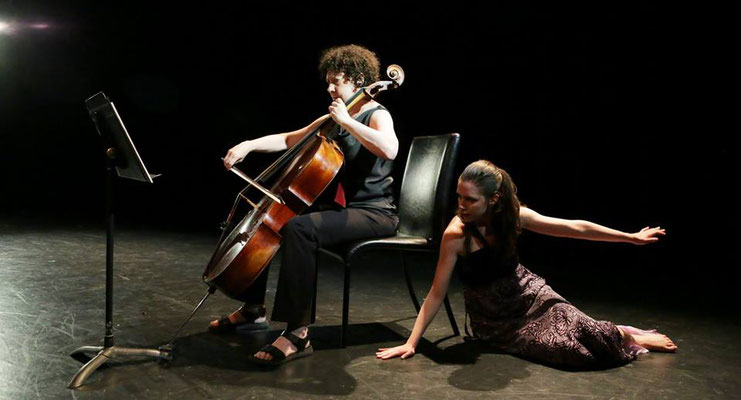 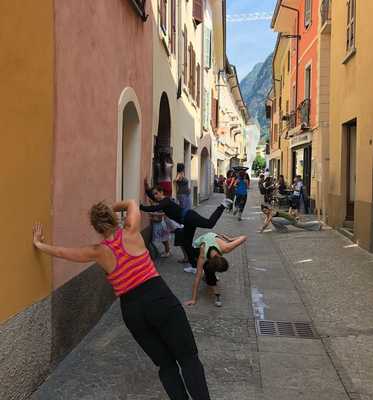 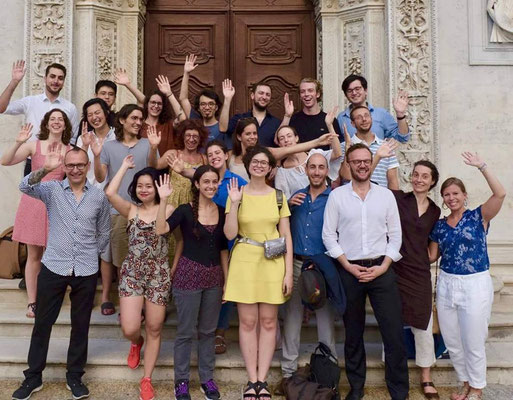 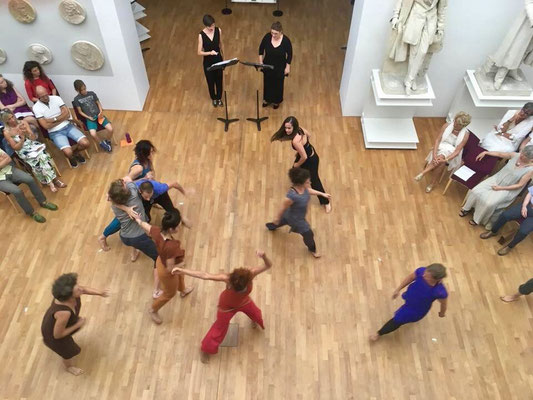 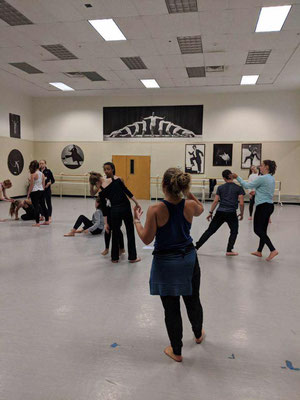 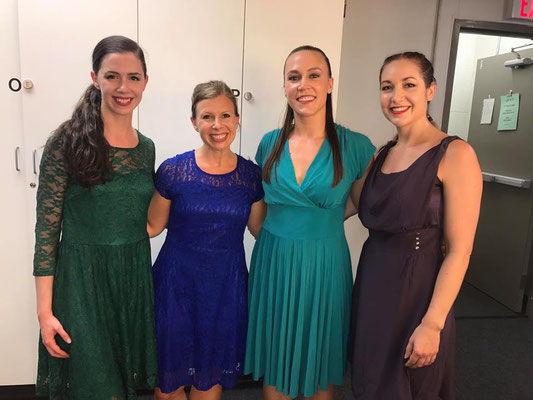 It was part of 8 In Show at Dixon Place.

Shortly thereafter choreographer Marisa f. Ballaro traveled to Ticino In Danza to study and perform in Mendrisio, Switzerland for an entire week. It was an incredible time of artistic growth, and she brought back some new material with her that was developed while abroad! While there she performed in two venues in the southern part of Switzerland:

outdoors at the Mendrisio Museo d'arte, and while collaborating with young composers from the

Ticino Musica program for a concert in the Museo Vincenzo Vela.

Eager to get back in the studio, Marisa f. Ballaro, along with dancers Lacey Birch, Marie Klaiber, and Sarah Lehman, traveled to Saratoga Springs, NY to be in residence for a week at the 30th anniversary season of the New York State Summer School of the Arts, School of Modern Dance. They taught workshops to the students, developed new work, and premiered a new piece, Spirito Riempito Vita, in a concert in the Skidmore College Dance Theatre on Saturday, August 4th.

Take a tour of the photos from the upper right left corner in a circular path to the bottom left corner to see for yourself!

The dances are about physical space, music, and time. Small gestures are brought to life while making meaning through storytelling.